NASA – Stars are sometimes born in the midst of chaos. About 3 million years ago in the nearby galaxy M33, a large cloud of gas spawned dense internal knots which gravitationally collapsed to form stars. NGC 604 was so large, however, it could form enough stars to make a globular cluster.

Many young stars from this cloud are visible in this image from the Hubble Space Telescope, along with what is left of the initial gas cloud. Some stars were so massive they have already evolved and exploded in a supernova. The brightest stars that are left emit light so energetic that they create one of the largest clouds of ionized hydrogen gas known, comparable to the Tarantula Nebula in our Milky Way‘s close neighbor, the Large Magellanic Cloud.

Can Congress pull back from the brink?

By Gayle Tzemach Lemmon – Americans want to see Congress and the president make a deal on the “fiscal cliff,” that noxious mix of expiring tax cuts and mandatory spending slashing due at year’s end. They just don’t think it will happen without a lot of pain, according to recent polls.

But if Washington leaders don’t reach an agreement, which looks more than possible, it will be for a good reason: Incentives are strongest for policymakers to act only after the cliff has come and gone ‑ and wreaked a great deal of havoc in the process. more> http://tinyurl.com/a2t6bbo 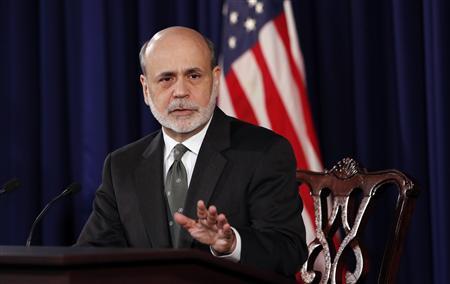 By Pedro da Costa and Alister Bull – The Federal Reserve, announcing a new round of monetary stimulus, took the unprecedented step on Wednesday of indicating interest rates would remain near zero until unemployment falls to at least 6.5 percent.

NSF – David Inouye and Amy McKinney of the University of Maryland and colleagues found that the lilies are blooming some 17 days earlier than they did in the 1970s. This means that their blooming is no longer in synch with the arrival of the hummingbirds that rely on the nectar. By the time the hummingbirds arrive, many of the flowers have withered away along with their nectar-filled blooms. more> http://tinyurl.com/b72uhce

By Violet Blue – Anthony Rutkowski held the position of the ITU’s chief of telecommunication regulations and relations between members in the ITU’s general secretariat from November 1987 to January 1992.

As WCIT-12 wraps up this week, what remains to be seen is how member states would use the new treaties to implement new rules within their jurisdictions, such as the recently agreed deep-packet inspection provisions. Rutkowski told CNET that it’s not entirely clear the changes actually could be implemented. “Again, the provisions they are proposing are a joke. Most if not all the major nations will simply ignore what is in the draft provisions.” Yet Rutkowski pointed out that even still, “Russia and few others may try to exploit the political value.” more> http://tinyurl.com/a5aqyw9