Views from the Solar System (89)

NASA – After more than a month of eruption, lava continues to flow from Tolbachik, one of many active volcanoes on Russia’s Kamchatka Peninsula. The current eruption at Tolbachik began on Nov. 27, 2012. Lava flowed up to 20 kilometers (12 miles) from a line of fissures on the volcano’s southern flank. Since then, some of the lava has cooled enough to allow snow to accumulate. Snow-covered lava flows appear gray in this natural-color satellite image. Fresher lava appears black. A faint orange glow at the head of the northern flow marks the location of an erupting fissure.

The image was collected on Dec. 22, 2012, by the Advanced Land Imager (ALI) on the Earth Observing-1 (EO-1) Satellite. According to the Kamchatka Volcanic Eruption Response Team (KVERT) the eruption continued through Dec. 30, 2012. 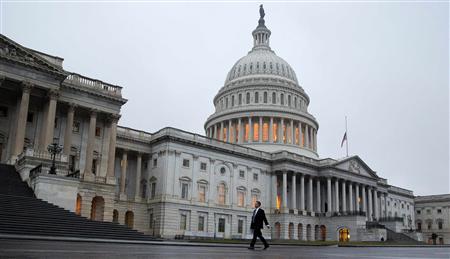 But it set up potentially bruising showdowns over the next two months on spending cuts and an increase in the nation’s limit on borrowing. Republicans, angry the fiscal cliff deal did little to curb the federal deficit, promised to use the debt-ceiling debate to win deep spending cuts next time. more> http://tinyurl.com/b9trz5g

One of the guilds’ most glaring protectionist achievements is the scarcity of taxis in Italy’s capital. Rome has less than a third fewer taxis per resident than London or Paris, because the Italian taxi guild lobbies and strikes to keep taxi licenses to a minimum and competition non-existent. When Monti introduced modest liberalizations to Italy’s taxi sector in January, drivers protested by blocking roads all over the country. more> http://tinyurl.com/af54g7q

Want a job? Get a computer science degree

English: The Norman Hackerman Building at the University of Texas at Austin. (Photo credit: Wikipedia)

By Carolyn Duffy Marsan – Here’s a tip for incoming and current college students: If you want to have a high-paying job on graduation day, study computer science.

“I think the job market is what’s driving the growth,” says Professor Bruce Porter, Chair of the Department of Computer Sciences at the University of Texas at Austin, which has seen its enrollment increase more than 5% this year. “The government has made it clear that computer science is a growth field, and I think that message is getting back to students and their parents.” more> http://tinyurl.com/yemdqx9

By Joel Kotkin – We no longer see family-centered urban neighborhoods like those depicted in the Chicago of Saul Bellow’s novel The Adventures of Augie March. Instead, many urban centers today are among the most “child free” ‑ whether in Manhattan, San Francisco, inner London or Paris, Singapore, Hong Kong or Tokyo.

As to the culture wars between religious social conservatives and progressives, let’s declare a truce. Spiritual values and traditional families are precious resources to be nurtured. Mormons, evangelicals, practicing Catholics and highly self-identified Jews, all of whom largely favor big families, help make up for the almost certain continued expansion of single, and often childless, people. more> http://tinyurl.com/bgbbmdf

Posted in Business, Economy, How to