Views from the Solar System (93)

NASA – Astronauts on board the International Space Station captured this view of Washington, D.C. and the surrounding area on Sunday, Jan. 20, one day before the public Inauguration of President Barack Obama.

This detailed view shows the Potomac River and its bridges at left, with National Mall at the center, stretching eastward from the Lincoln Memorial to the Washington Monument toward the Capitol building, where the inaugural ceremony will be held.

NASA has been participating in inaugural activities this weekend, culminating in the appearance of the Curiosity rover and Orion spacecraft in the Inaugural Parade on Monday, Jan. 21. See www.nasa.gov/inauguration for more.

NASA – On Saturday morning, Jan. 19, 2013, at Joint Base Anacostia Bolling (JBAB) in Washington, Steve LaDrew, with Capitol Exhibit Services, adjusts the Mastcam on a replica of the Mars Curiosity Rover.

Curiosity in the Inaugural Parade

NASA – A replica of NASA’s Curiosity Rover and members of the Mars Science Laboratory science team pass the Presidential viewing stand and President Barack Obama during the Inaugural Parade on Monday Jan. 21, 2013, in Washington. Credit:NASA/Bill Ingalls

Orion in the Inaugural Parade

Orion will carry future astronauts beyond Earth orbit to farther destinations than ever before. Credit: NASA/Bill Ingalls By William Pesek – Jack Lew’s first act once he becomes U.S. Treasury secretary will be to tell a lie.

On Day One as Timothy Geithner’s successor, Lew is bound to say “I support a strong dollar” to reassure markets that there will be no change in long-standing U.S. policy. Nothing could be further from the truth, though, as the yen trades at 2 1/2-year lows and the world considers a response to Japan’s blitz on money markets. more> http://tinyurl.com/adzqpno 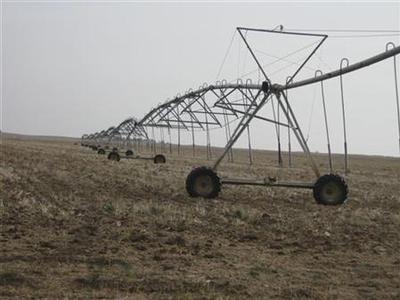 By Tom Polansek – Farmers in Iowa and Illinois, which accounted for almost 30 percent of U.S. corn production in 2012, are expected to shift some acreage that was seeded exclusively with corn over the past several years to soybeans this spring. They want to avoid another year of potentially significant losses as dry conditions persist, said agricultural market analysts and economists.

A move away from corn in those states may further drive up world food prices, which are already historically high. more> http://tinyurl.com/aoc8xtx

R&D Magazine – Duke University engineers have developed a novel sensor that is more efficient, versatile, and cheaper for potential use in such applications as airport security scanners and collision avoidance systems for aircraft, cars, or maritime vessels.

The material itself is a thin laminate with row-upon-row of tiny squares etched onto copper, each one of which is tuned to a different frequency of light. The material is flexible and durable enough to be attached to a wall, wrapped around corners or even laid on the floor like a rug, making it an inexpensive alternative for a variety of sensing applications. more> http://tinyurl.com/azlvdrj

By Paul McNamara – This one’s about new technology and the law of unintended consequences.

On Monday blogger Rob Port emailed a public-records request to his state legislature. And on Wednesday he watched online as a North Dakota lawmaker read that email on the House floor to help justify “emergency” legislation that would block Port’s request.

The North Dakota state legislature apparently walks the walk when it comes to transparency.. more> http://tinyurl.com/atjqhjj