NASA – NASA’s Fermi Gamma-ray Space Telescope orbits our planet every 95 minutes, building up increasingly deeper views of the universe with every circuit. This image compresses eight individual frames, from a movie showing 51 months of position and exposure data by Fermi’s Large Area Telescope (LAT), into a single snapshot. The pattern reflects numerous motions of the spacecraft, including its orbit around Earth, the precession of its orbital plane, the manner in which the LAT nods north and south on alternate orbits, and more.

The LAT sweeps across the entire sky every three hours, capturing the highest-energy form of light — gamma rays — from sources across the universe. These range from supermassive black holes billions of light-years away to intriguing objects in our own galaxy, such as X-ray binaries, supernova remnants and pulsars. Image Credit: NASA/DOE/Fermi LAT Collaboration

Why Jamie Dimon is richer than you 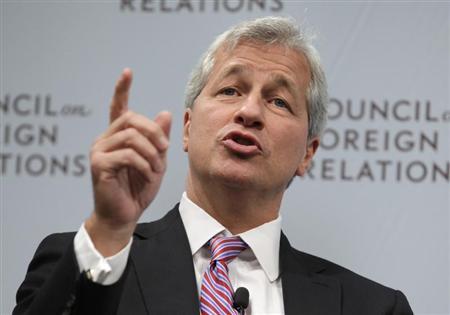 To understand Dimon’s comment it is first important to understand what UBS is doing and why. UBS is scaling back its investment banking operation, raising capital levels and trying to concentrate on wealthy individuals under massive pressure from Swiss authorities. Switzerland, whose banking assets dwarf its economy, has been in the vanguard in requiring higher capital levels from its banks.

The real issue isn’t who is rich, but rather whose interests are being fairly served and whose aren’t. Dimon’s approach gives short shrift to both shareholders and taxpayers. more> http://tinyurl.com/btscewt

By S. Derek Turner – AT&T and other big telecom carriers want to replace the portions of their networks that still use circuit-switching technology with equipment that uses Internet Protocol (IP) to route voice and data traffic. But because the FCC previously decided that it has no direct authority over communications networks that use IP, this otherwise routine technological upgrade could lead to a state of total deregulation.

But there are large portions of the public telecom network that don’t use IP, and that are still subject to varying degrees of regulatory oversight — including traditional landlines, alarm circuits, and many of the “special access” connections that carry voice and data traffic from cellular towers.

Now AT&T wants approval to convert all of this to an all-IP system. And because of the FCC’s flawed view of IP. more> http://tinyurl.com/b8hrsdj

Will Aereo strike the Death Knell of Cable Television?

By Braden Kelley – Imagine a roof antenna or rabbit ears on your TV that happened to be somewhere you never had to see them. Aereo makes that possible. Here’s how:

Where The Highest Paying Cloud Computing Jobs Are

By Louis Columbus – Wanted Analytics aggregates job postings from over 500 job boards and maintains a database of over 600 million unique job listings.  They specialize in business intelligence for the talent marketplace, providing insights into how one company’s salary range compares to competitors for the same position, also calculating the difficulty to hire a given type of candidate.  They’ve developed a unique Hiring Scale to accomplish this.