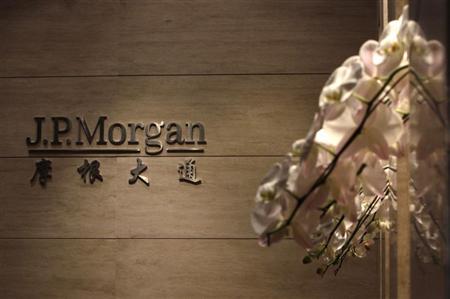 By Lawrence White and Michael Flaherty – A U.S. banking regulator’s probe into JPMorgan’s hiring practices in China will have rival banks scrambling to review their own records, lawyers say, in a market where ties to political and business leaders can be key to winning big deals.

“If JPMorgan put the person down in their books as a legitimate hire, and then it turns out that the person is there just to get certain connections, then anything you pay can be considered a bribe,” said the China-based lawyer, who was not authorized to speak publicly about the issue. more> http://tinyurl.com/mb582ox

By Steve Denning – Let’s suppose that in response to the growing public concern about the practice of gambling in cockpits, the head of the most active gambling airline went to Davos and announced that it was none of anyone’s business how much gambling in cockpits was going on.

The obvious reaction would be: why are the airlines gambling in the first place? Why don’t they get back to flying airplanes?

Similarly the reaction to Jamie Dimon when he makes similarly preposterous claims for the big banks in Davos should be: “Why don’t you stop gambling with other people’s money in zero-sum games that benefit no-one but yourself, and get back to focusing on financing the world’s real economy?” more> http://tinyurl.com/al33tds

By Linda Musthaler – Numerous banks have been attacked in recent weeks, including PNC Bank, Fifth Third, HSBC, JPMorgan Chase, Citibank and others. For the financial institutions, it’s déjà vu all over again, as they were similarly attacked last September and October. The banks have all suffered daylong slowdowns and, at times, complete outages.

How can you protect your company’s Web presence? Here are a few tips on what you can do now to head off a potential problem later. 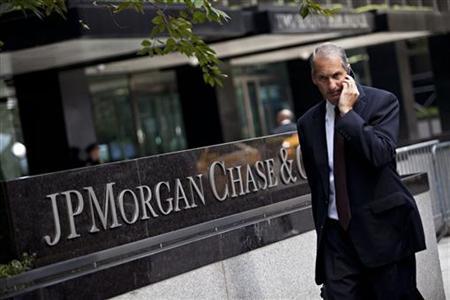 By David Henry and Emily Flitter – The fallout from a nearly $6 billion trading loss at JPMorgan Chase & Co looks like it will haunt the big U.S. bank and its high-profile chief executive, Jamie Dimon, for months to come.

The situation presents several challenges to U.S. authorities: the potentially irregular trading occurred in London; and it was carried out by non-U.S. citizens, such as French national Bruno Iksil, who became known in the market as the “London Whale” for the size of his positions.

That translates into different rules for different jurisdictions and could raise extradition issues if any individuals are charged. more> http://tinyurl.com/9pj4sem

A Greek banker, the Shah and the birth of Libor

By Kirstin Ridley and Huw Jones – Minos Zombanakis, born 86 years ago on a Greek island, remembers the birth of the interest rate benchmark now at the heart of a global rigging scandal well.

“I was, more or less, if you excuse the lack of modesty, the one who started the whole thing,” he laughs, speaking by telephone from his village among citrus orchards in Crete.

Zombanakis was running the newly-opened London branch of Manufacturer’s Hanover, now part of JPMorgan, when the bank organized one of the first syndicated loans pegged to what he dubbed a London interbank offered rate (Libor) in 1969. more> http://tinyurl.com/czrv6kv