Shipbuilding industry at a crossroads

Siemens – On February 20, 2014, the Global Shipbuilding Executive Summit (GSES) members, which included more than 80 executives from government and industry from both the USA and Europe, focused on four areas:

There were two groups of 10 members each that focused on developing a specific set of steps to improve each of the four focus areas over the next 15–18 months, including setting a set of goals for the next GSES in February 2015 and selecting an executive mentor to help guide each team. At the conclusion to the summit, the members voted on the top recommendations to pursue over the next 12 months. There were eight of them.

The top three recommendations were:

The other five of the eight recommendations will be considered in the next phase of this long-term program between government and industry to improve shipbuilding productivity and lower the overall total ownership cost of future ship classes and fleets. Now, cross-functional teams are being formed to pursue each of the top three recommendations. They will meet monthly and have quarterly reviews with the mentors and a final progress report to GSES VI in February 2015.

The top priority for each recommendation is for the results of team research to have significant and measureable impact on the cost of future ship classes and to share these recommendations with shipbuilders around the world to improve shipbuilding productivity via technical papers, presentations and briefings. more> http://tinyurl.com/nmvn3ee

By Cabe Atwell – Companies such as ShiftEdit, Koding, and Cloud9 IDE have taken their development tools, including Node.js and JavaScript (among a host of others), and have adapted them for use in the cloud. This lets users work from anywhere using their mobile devices.

Codeanywhere (formerly PHPanywhere) allows users to edit code online either on laptops/PCs or mobile devices (running Android, iOS, or BB Playbook) as long as there is a connection. The in-browser editor supports the more widely used software languages, including HTML, PHP, CSS, XML, and JavaScript, and the utilities to manipulate them. more> http://tinyurl.com/lpb9kb7

“If we have a failure on Sunday, we’ve got to come up with a fix, produce parts and retrofit the fleet, usually before Wednesday night,” says Jim Wall, Director Engine Engineering.

However, to really gain a competitive advantage over other racing teams, Hendrick Motorsports also realizes they need to design the best possible component from the start to maximize part performance and take risk of failure out of the equation. NX CAE is an integral part of this forward engineering approach.

“We are using finite element analysis as an upfront tool for the design, so we don’t have to break the part before we improve it.”

By focusing on forward-engineering parts with an analytical approach, Hendrick Motorsports is producing precisely engineered parts that help mitigate the practice of over designing parts to avoid failure. more> http://tinyurl.com/lpeurn4

By Colin Walls – How do you acquire the specialist skills needed to develop software for embedded systems?

Learning at college may be difficult, so many engineers pick up the skills on the job, starting with an electronics or computer science background. An intelligent engineer can learn a lot from more experienced colleagues. Indeed this is largely how my own career started and I have mentored quite a few younger guys who had come out of college with few clues. more> http://tinyurl.com/amyc6ft

Chuck Grindstaff on how Siemens gets the core of PLM right

By John Hayes – This video on Siemens is the fourth in a series of interviews on the future of PLM.  Verdi Ogewell talks to Siemens PLM President Chuck Grindstaff about the future for Siemen’s Teamcenter, NX and Solid Edge. He also includes commentary from analysts Mark Halpern of Gartner and Joe Barkai from IDC. Others include: 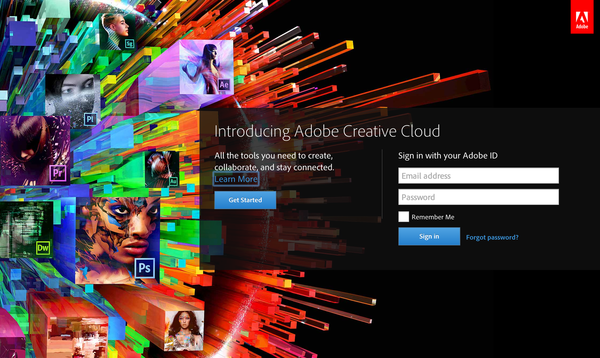 By Thomas Claburn – Adobe has decided not to offer the next iteration of its professional authoring applications on discs in shrink-wrapped boxes in order to focus on delivering software as a service for its Creative Cloud customers.

The company announced the shift at its Adobe MAX conference in Los Angeles, Calif., on Monday (May 06). more> http://tinyurl.com/cf6qtgn

The Secrets to Becoming a Great Programmer

By Jacob Beningo – During the darkest hours of the design process when deadlines have passed, bugs are running rampant and the light at the end of tunnel is a dimly lit memory, the search for great programmers begins.

These fabled wizards of industry can turn a dying program into a thriving reconfigurable and bug-free product at the drop of a hat. Design teams lucky enough to have one of these magicians on staff hardly understand the pain of delivering a product late, over budget or bug-ridden. Lurking in the back of the minds of engineers familiar with these individuals is a burning question: “What are the secrets to becoming a great programmer?”