How to cut the cable cord and watch TV now 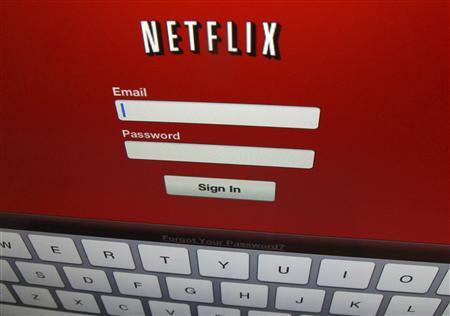 By Mitch Lipka – For a total of about $15 a month the family gets shows and films via streaming services Hulu and Netflix. Roku, a $90 device, sends them wirelessly.

Not every cable or broadcast show is readily available via streaming. Access to most live programming on stations like CNN, MSNBC and Fox News is restricted to those who subscribe to a cable, satellite or telecom service that includes those channels. more> http://tinyurl.com/m27zect

By Susan Crawford – Judge Brett Kavanaugh of the U.S. Court of Appeals for the D.C. Circuit wrote this week that the First Amendment shields Comcast Corp. from Congress’s authority to ensure the free flow of information across the basic network connections it provides.

The court should resist this reasoning, or risk trivializing the freedom of speech that the First Amendment truly protects.

Congress, though, has long distinguished basic information transmission facilities from newspapers; there is a sharp difference between a facility that allows someone else’s speech to be transmitted, and expression itself. Indeed, all of American communications policy is based on this premise. more> http://tinyurl.com/oy654m2

Will Aereo strike the Death Knell of Cable Television?

By Braden Kelley – Imagine a roof antenna or rabbit ears on your TV that happened to be somewhere you never had to see them. Aereo makes that possible. Here’s how:

By Peter Svensson – Intel Corp. said Tuesday that it will sell a set-top box that brings Internet-delivered movies and shows to a TV set this year.

Erik Huggers, general manager of Intel Media, said the company plans to sell a box that will offer “a vastly superior experience” to today’s cable boxes.

There are various boxes today that bring Internet content to TV sets, with popular ones made by Roku and Apple. But Intel wants to go further and make its box and streaming service a replacement for cable. more> http://tinyurl.com/anbgmw9

Google To Sell Part Of Motorola For $2.35B

By Michael Liedtke – The cash-and-stock deal announced late Wednesday (Dec 19) will turn over Motorola‘s set-top division to Arris Group Inc., a relatively small provider of high-speed Internet equipment that is looking to become a bigger player in the delivery of video. Investors applauded the move, driving up Arris’ stock by nearly 17 percent.

By Malcolm Turnbull – [Australia] The issue for customers is not the particular medium of communication connecting their device to the internet but rather the quality of the experience. If bandwidth is sufficient for their needs, then whether it is on HFC or VDSL or GPON or wireless or a combination of some or all of them is not particularly relevant if it is relevant at all.

It has to be remembered that the speed of connection is determined by the slowest segment of the network between the customer’s device and the server with which they are connecting which in many cases may not even be in Australia.

The NBN Co has no budget. It has a project the scope of which was given them by the government and they regularly provide estimates of what it will cost. There is no budget in the sense of a cap or ceiling on what they can spend. more> http://tinyurl.com/d3wsksd

By John Johnson – The Aug. 14 front-page article “Verizon outlines missteps in storm” made no mention of the company’s performance in maintaining home land line and broadband service after the Derecho.

Why did it take Verizon so long to restore broadband and land-line service — in my case, two days for land line and 6-1/2 days for broadband? The Northern Virginia Electric Cooperative had our electric power restored within 40 hours. more> http://tinyurl.com/c2a75jz